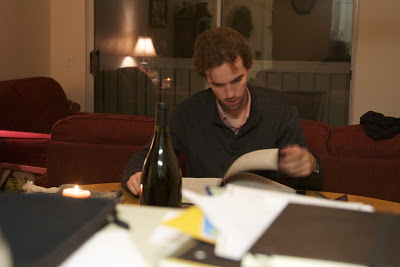 Aaaand well, he is awesome. So I would like to present for my 3 blog followers out there: 24 reasons [today] why I love my husband Cody.