I think one of the most important things about my identity – as in, one of the Top 4 Things I’d Tell Someone upon meeting them, is that I am possibly the least athletic person in the entire universe. I’ve had friends, family and roommates my whole life who get that THRILL from going for a 12-mile run or from crossing a marathon finish line, or those who get a major buzz from maxing out or whatever it’s called in the weight room. Doing P90X and all those letter-number combination videos with scary high-energy people jumping around. I think that is so awesome for them. I also have never in my life had the slightest desire to do any of those things. Cheerleader for life, y’all.

So when Cody told me his lifelong bestie Henry and his new wife were planning a trip to come visit us so we could go to Yosemite together, I Stepford Wives smiled as sweetly as I could and tried to find my happy place. This was true for every mention of the hiking excursion from thence forward, until the fateful week arrived. I knew Yosemite would be breathtakingly beautiful – New Zealand gave me a newfound appreciation for that – but that still gave me no reason to desire to climb in a generally upward direction for hours on end. Just not my thing.

Cody won major husband points with his graciousness as I lived in a state of perpetual panic on Tuesday, convincing me that there was no risk: Karissa and I could turn around at any point. We could go .6 miles, 16, or anywhere in-between. I snapped the above with my phone at 5:30am when we left our campsite on Wednesday morning — also our 3-year anniversary — and we were off.

I actually almost don’t even remember the next six hours, except in surges of weird adrenaline that I have never had before. My overall sensation was of UP. Up up up up up up stairs, granite slabs that could have fallen liberally into the “stair” category, a path that was not stair-y at all but just sloped up for a mile, and somewhere in there getting sprayed by a waterfall. 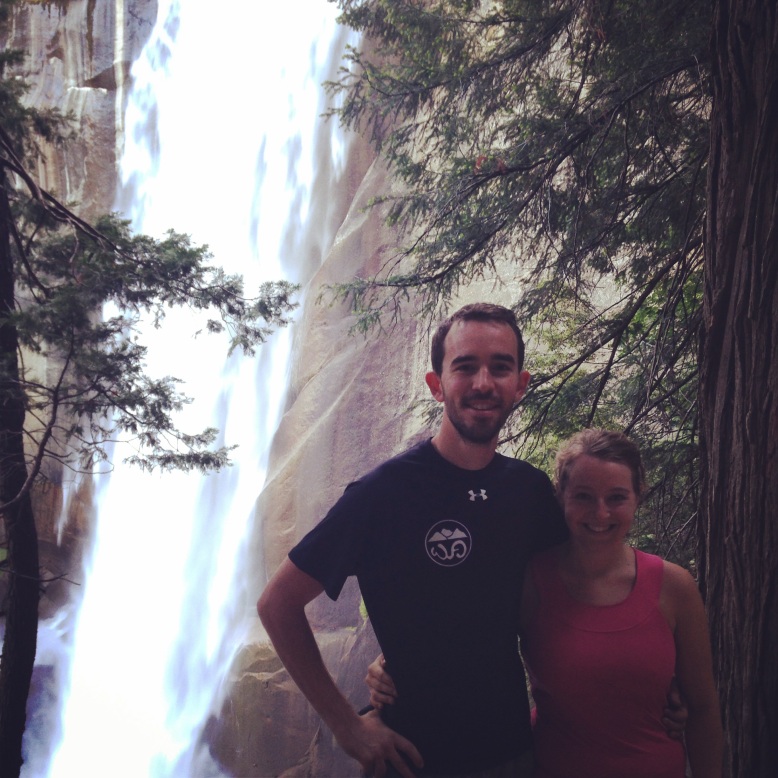 And also, I felt like a Disney Princess because the squirrels exhibited shocking amounts of bravery, particularly when our granola bars were within reach. 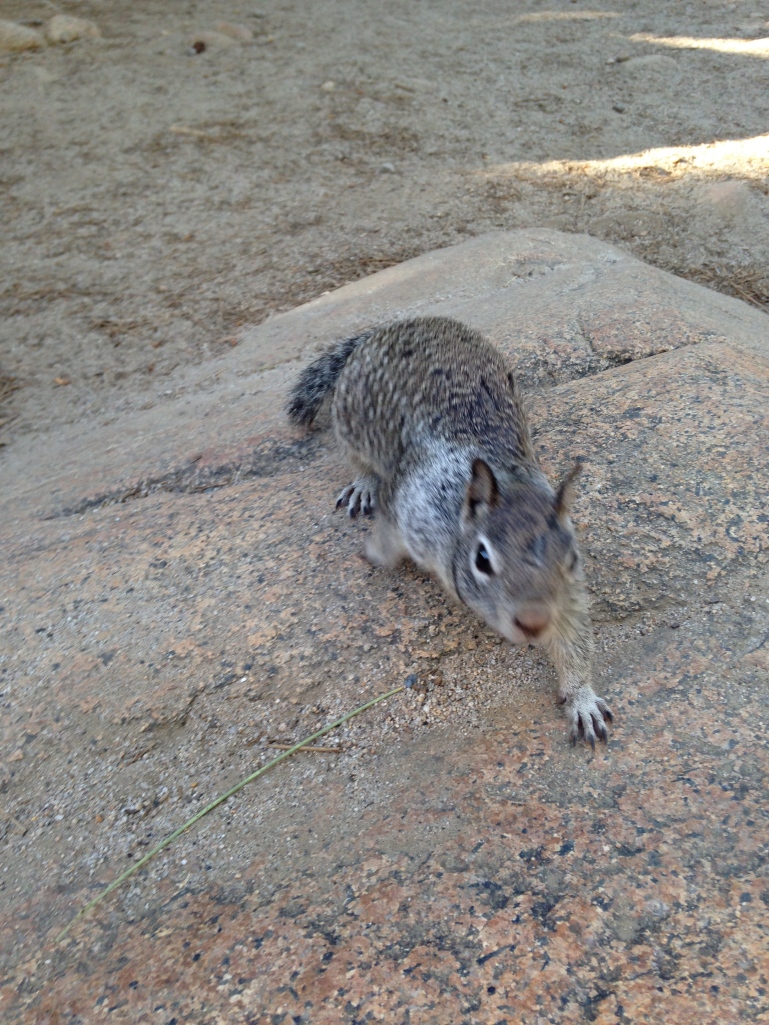 Then, suddenly (but also very not suddenly), we were at the point that I was CERTAIN would be our turnaround point. The only thing was, I felt great. We had hiked 4-ish miles with ~2,000 feet of elevation gain and I hadn’t even collapsed yet. So we continued on, for three hours of mostly up. I called this part the Epic Metaphorical Battle: I had to fight for every step of the last incline before the Sub Dome. I knew I could do it but my legs thought otherwise – I had to go into major Little Engine That Could mode with lots of encouragement from the husband.

When we reached the Sub-Dome and presented our passes to the park ranger, I seriously waited for her to wave in my three comrades, size me up and down, and say “ummmm don’t think you wanna do this.” But she waved me on to the Cliffs of Insanity, otherwise known as the Sub-Dome.

The fascinating thing was that the hype out there is all about Half Dome itself, where climbers use cables to assist in a shockingly steep summit. But for Karissa and myself, the Sub-Dome was our main adversary. Were it not the motivation of s’mores and making our anniversary epic, there is no way I would have conquered this portion of the hike. My fear of heights almost did me in, and I stopped a couple times to stare at the ground between my toes and find my center of gravity. Clumsy + acrophobia + 4,500′ altitude = nope. But we kept going, and we made it.

I still can’t believe I climbed up this mountain. I have never felt a greater sense of personal accomplishment or victory, never before delighted in feeling so physically ruined. Karissa and I watched as our husbands completed the last 400 feet to summit, holding onto cables and basically pulling themselves with their arms.

Then, when we were all completely exhausted, we had another 4.5-ish miles down – but at this point, we could have actual conversations, about steak and life and family and how awesome and crazy that thing was we just did.